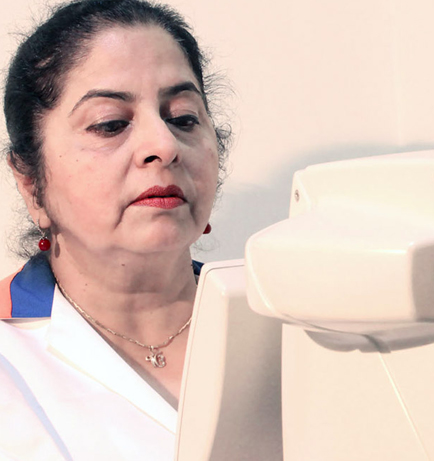 HEIGHTS which great men swept were not reached in sudden flight. For they while their companions slept, were toiling upwards in the night. This has been the motto of her life which was instilled into her mind right in the childhood by her father and till date. She believes in it and this is the key to her success. We are telling about Dr Pushpinder Kaur, a successful doctor who has two post graduations under her cap & believes in excelling in whatever she ventures.

She is the eldest of three daughters of Sh Balbir S.Sandhu & Mrs. Narinder Kaur. She gives full credit to her parents for the confidence especially her father who installed fighting spirit in her & made her feel that daughter are as precious & as capable or even better than sons. Her other two sisters Bhupinder Kaur, masters in economics & Amrit Kaur an MBA, have followed her footsteps.

So this is indeed the success story of an illustrious father literally putting his daughter son the path of success and installing the qualities of hardwork: because he himself was an example- a total self made man, became an aeronautical engineer of international repute.

So with this sort of family back ground when Dr Pushpinder Kaur went to school, she just had to excel at everything, be it academics, extracurricular activities or sports. She was the star of her school, the best orator the best actress to best all rounder. She was the head girl, thus growing her leadership qualities. Being a brilliant student she got selected in many medical colleges. But her love for her people made her opt from Govt. Medical Amritsar. She was the best athlete, best all rounder and was awarded college colours. After her M.B.B.S. she got married, again into one of the most distinguished families of Punjab becoming the daughter in law of “ Singh Sahib Singh ji Bhaura” who was the Jathedar of Sri Akal Takhat Sahib and remained so for 16 years, the longest period so far. Her husband Dr Balbir Singh Bhaura is a leading eye surgeon of Punjab, at Akal Eye Hospital in Jalandhar & is a wonderful human being. He is the force behind her in all ventures.

She started her career in 1983 as medical officer in Punjab civil medical services and has served in various rural health centers, where her work & conduct has A loving, caring mother of Ranbir & Satbir and an efficient & considerate doctor, she is a perfect example of today’s modern woman. After her sons started going to school she decide to carry on her studies. First she did post graduation in obstetrics and gynecology. Since her husband is an eminent eye surgeon she used to attend various national/international Eye conference & workshop, where she realized that the problem of blindness in India is enormous. It is pitiable that every fifth blind person in the world is an Indian, and 80% of this blindness is due to cataract which is reversible. The cataract backlog in the country is increasing every year. So she decided to do post graduation in ophthalmology. But like earlier stated, the lady with great determination did not give up. She had to do post graduation come what may. So she enrolled in master of surgery in ophthalmology at medical college Amritsar and at the same look after the family. Her courage and determination and hard work paid off and she comp led her M.S. with flying colours. Later she was working as an specialist in Civil Hospital, Jalandhar. She has so many first to her credit. She is the first eye specialist to start implanting intraocular lenses in civil Hospital, Jalandhar.

She is at present doing ultra modern microsurgerical eye operation ( at hospital and even at camps ) including kerato plasty or corneal grafting, keratoprosthesis or ( artificial cornea) in adduction to all routine eye operations. When she was posted as eye specialist at civil Hospital Jalandhar. She has tried her best to upgrade the civil hospital. She has installed her own imported microscope at civil hospital, she has taken her own operating instruments, her own diagnostic equipment, motivated the instrument agents to help them & of course informed the govt. Of the requirements of the hospital. She has been able to find solution to most problems because she believes that the failures find excuse & the successful find means and ways. On visit to her hospital her boss and senior eye surgeon. Dr D.P.S. Sandhu remarked that she is an excellent eye surgeons and is also very affectionate & loves her patients. And the love & affecting are aptly reciprocated. A down to earth lady, she humbly admits that where ever she is today is because of the blessing & well wishes of her patients.

When asked what she thought of women’s liberation, she said that she was a strong supporter of women’s liberation but her equation is different to her, liberation should be from illiteracy, superstitions and from type cast role in society. To her success means to be a successful HUMAN BEING first & foremost. If a woman is a good daughter, a good wife & a good mother then she is a successful woman. She is a firm believer that if you educate a woman you educate the whole family. When asked to give any message to the young generation, she said: I have given my own example & I believe that women have enormous potential. A women’s patience, strength to bear hardships, integrity & ability to react in crisis are much more than a man these just have to be better than the best to prove themselves and they are the best one point of emphasis is that they must believe in themselves & never back out from any responsibility or make excuses. In the end Dr Pushpinder Kaur adds that God could not be everywhere, so he created mother or to be precise women and this saying seems to be good for Dr. Pushpinder Kaur herself. 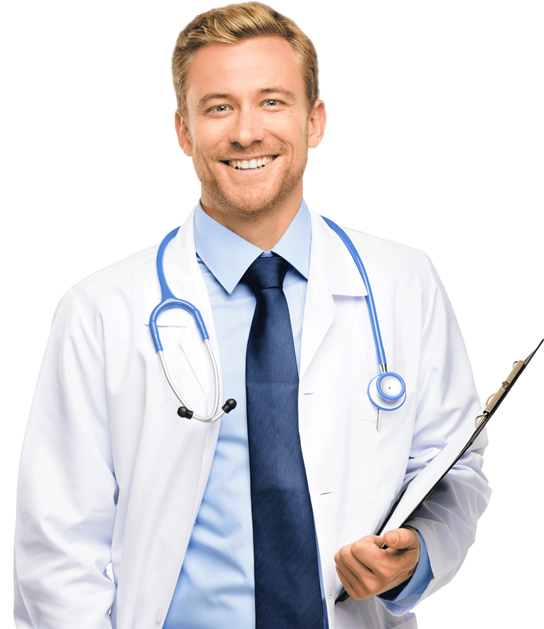 View Us on Map

For USA and Canada